BBC's Children In Need generated over £47m of donations this year, which includes a successful £131.47 from AYOM's PJ day, bake off challenge and duck race sweepstakes. Our latest blog examines the day's fundraising events.

AYOM bake off a success for BBC Children In Need

Friday was a big success for the beloved Children In Need event. Raising over £47m, the event saw numerous TV, music and sports stars getting involved. From the TV telethon to a life stream duck race, £47m is an admirable total. As part of the fundraising, AYOM also participated with a host of activities through the day. 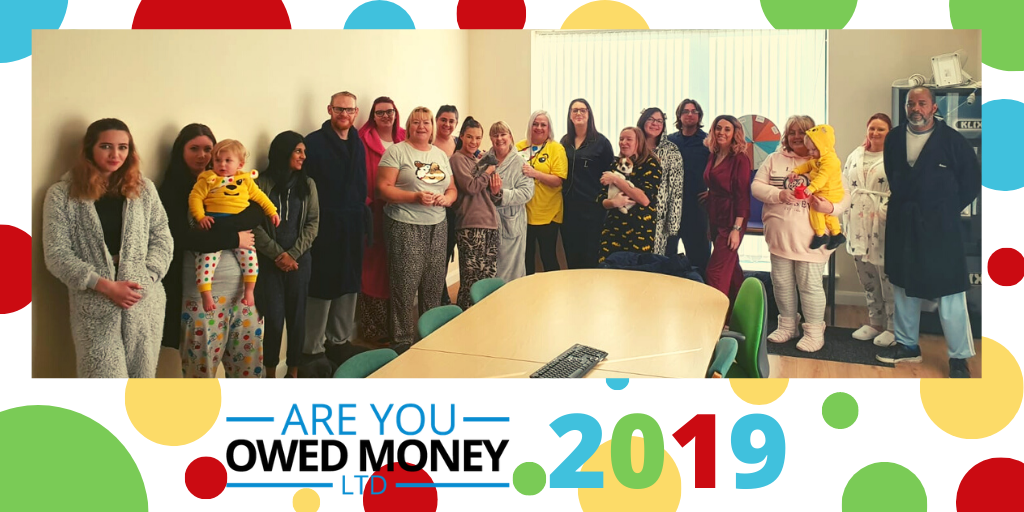 AYOM started the day off slowly as staff meandered into work still sporting their pyjamas. While this would normally be a concern, for the day, staff participated by donating £1 to wear their PJs. From some fluffy onesies to dapper button up PJ suits, the team really bought into the spirit of the day. There were even some guest appearances from a couple of small Pudsey’s in our midst.

Alongside the PJ day, the company hosted our own version of “bake off”. Staff were invited to bring in their best bakes to sell for donations as well as have judges pick a star baker. From vegan chocolate cake to gingerbread cookies, coconut loaf to coffee cake, the sweet treats were delectable.

The final effort was getting involved in the now annual duck race. With every duck being swiped up quick, the race had plenty of tension. During lunchbreak several eager gamblers met in the break room to watch the spectacle. After a topsy turvy race, Beakwell Tart emerged victorious! It was a joyous day for Corporate Liaison Manager Ian who scooped best baker and the duck race win. In an added act of kindness, he donated his duck race winnings back into the company pot.

As the day wound down, the team began counting the donations. With the bake sale, PJ day and duck race wrapped up, we raised a total of £131.47.

Speaking to us about the event, General Manager Marie was very pleased. “As a member of the charity committee, I was so pleased with the participation. Everybody got involved and made an enjoyable day. Often, we will only carry out the 1 fundraising activity in a day, but all got behind the numerous activities organised.”

“I’m a fond believer in the cause of Children In Need so to raise over £130 from our small team is appreciated. I just want to say a big thank you to the whole team for their efforts. The cakes were delicious and seeing everybody in PJs was so much fun.”

With our team already raising money for children’s hospice Derian House and Cancer Research this year, we must thank our team for once again contributing. With just 1 fundraising day left before the Christmas break (Christmas jumper day) we are pleased to end our fundraising efforts for the year in a few weeks’ time. After which our charity committee will meet and discuss our next chosen charity and fundraising events for 2020. We will make an announcement as soon as we can!

Does your company need a business debt collection agency?

Why you should be speaking to debt collectors